Will stainless steel screws and bolts rust? In most peo […] 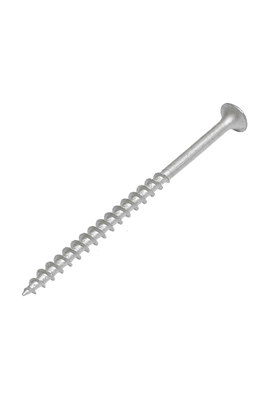 1. The surface of the stainless steel screw accumulates dust containing other metal elements or attachments of foreign metal particles. In the humid air, the condensation between the attachment and the stainless steel connects the two to form a micro battery, triggering electrochemistry Reaction, the protective film is damaged, called electrochemical corrosion.
2. The surface of stainless steel adheres to the organic juice (such as melon, vegetable, noodle soup, sputum, etc.), which forms organic acid in the presence of water and oxygen, and it will corrode the metal surface for a long time.
3. The surface of stainless steel adheres to containing acid, alkali, and salt substances (such as alkaline water and lime water splashing on the decoration wall), causing local corrosion.
4. In polluted air (such as the atmosphere containing a large amount of sulfide, carbon oxide, and nitrogen oxide), it will form sulfuric acid,
For hydrochloric acid, 316 stainless steel should be used in harsh coastal areas. 316L can resist seawater corrosion. Especially when using screws, bolts and nuts at sea, pay special attention. Be sure to purchase and use standard screw parts according to the specific environment. Be sure to use screws above 316L with strong acid and alkali resistance.

PREV: How to accurately express the specifications and models of purchased screws      NEXT: What is a nut? Production standard?