I believe that many companies have used construction ve […]

I believe that many companies have used construction vehicles, and there have been cases where the screws and bolts cannot be rusted. I believe there are many engineering equipment that will use rust removers to remove the rust on the bolts, but sometimes, the rust remover is not necessarily It's so easy to use. Then in addition to the rust remover, there are some other methods.
1. Shock. The method of vibration is a method commonly used by people, tapping the screws to loosen the screws, and then tighten them again. This method does make sense, because when struck, the screw will vibrate with the product material, and then a gap will be generated, and then it will loosen. However, this method has a certain drawback, that is, if you hit the cross head screw, it is easy to damage the cross on the cross screw, and it is easier to increase the difficulty of unscrewing. So this method is more suitable for hexagonal screws.
2. Flush. Rinse with tap water. Generally, tap water will contain a certain amount of acid, and the acid in the tap water will react with rust, which will cause a certain gap between the screw and the object. Rust removers are generally more expensive, and the rust removed should be washed in time for better results, which is more troublesome, so it is better to use tap water directly, cheaper, and the rust removal effect is also good. 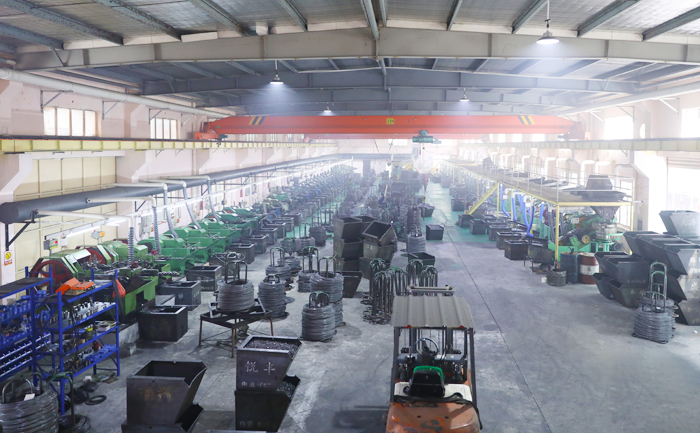 3. Fire. This method is believed to have been used by many equipment, but it is more dangerous to burn it in engineering. If the object is removed and burned, it is okay. If it is burned directly on the excavator, especially near the engine or the fuel tank, this is dangerous. Sex is relatively high, so use it with caution. In addition, if there are plastic objects nearby and some flammable places, this method is not feasible. After burning for a period of time, then pour some water on the screws, remember to put the screws on the screws, not all the water, then you can reduce the difficulty of unscrewing. This is the principle of thermal expansion and contraction.
4. Shock. There are certainly not a few engineering vehicles that use this method, and the shock is actually also affected by vibration. However, this type of impact method also uses factors of the principle of inertia, vibration plus inertia, the two factors add to the effect on the rusty screw, the effect will not be worse. However, this method has a certain damage to the corner or the word or cross of the screw. Basically, the screw cannot be used after it is removed.
5. Electric welding. A conditional engineering vehicle can weld an iron rod or screw to the screw, which can increase the torque, and then the screw can be easily removed. However, in this case, the screws are large and there are no flammable materials around. So this method is not a panacea.
6. Drill holes. Use an iron drill to drill a hole in the middle of the screw, and then the screw will quickly loosen, and the screw will be easily unscrewed. However, this method requires operational precision, and this method directly damages the screw, which is not a good method. This is a last resort. ,
7. Lubrication. It is good to lubricate with diesel, but diesel easily forms an oil film between the screw and the material, and it will not easily penetrate afterwards. If the time is a little longer, this method is a good choice.
I believe that many people have used methods such as motor oil or cooking oil, but the results are not very satisfactory. This is because the concentration of motor oil or edible oil is relatively high, that is, the viscosity is relatively high, it is easier to form an oil film, and it is not conducive to lubrication, so it is recommended to use diesel or gasoline as much as possible when lubricating with oil. But be careful not to get oil everywhere. Pay attention to the surrounding environment and pay attention to fire safety.

PREV: What to do if the screw is rusty      NEXT: How to accurately express the specifications and models of purchased screws