Industry application of screw fasteners Screws are the […]

Screws are the general term for fasteners. A screw is a tool that uses the physics and mathematics of the oblique circular rotation and friction of the object to gradually tighten the objects.
Screws on the market are tools that use the physics and mathematics principles of oblique circular rotation of objects and friction to gradually tighten objects and parts.
There are many types of small precision screws for glasses or large screws for large-scale heavy-electric engineering. The main purpose is to use high-level industrial products to form a fixed unit. The screw is an indispensable industrial necessity in daily life. The screw is a common invention in people's production and life for thousands of years. According to the application field, it is the first invention of mankind. There are tens of thousands of types of screws, such as cup-head screws, PEM computer case screws, anti-theft screws, riveting screws, etc. Different products have different screws.

3. According to the head point, it can be divided into cross groove, eleven groove, one-character groove, plum blossom groove, hexagonal inner groove and pozier 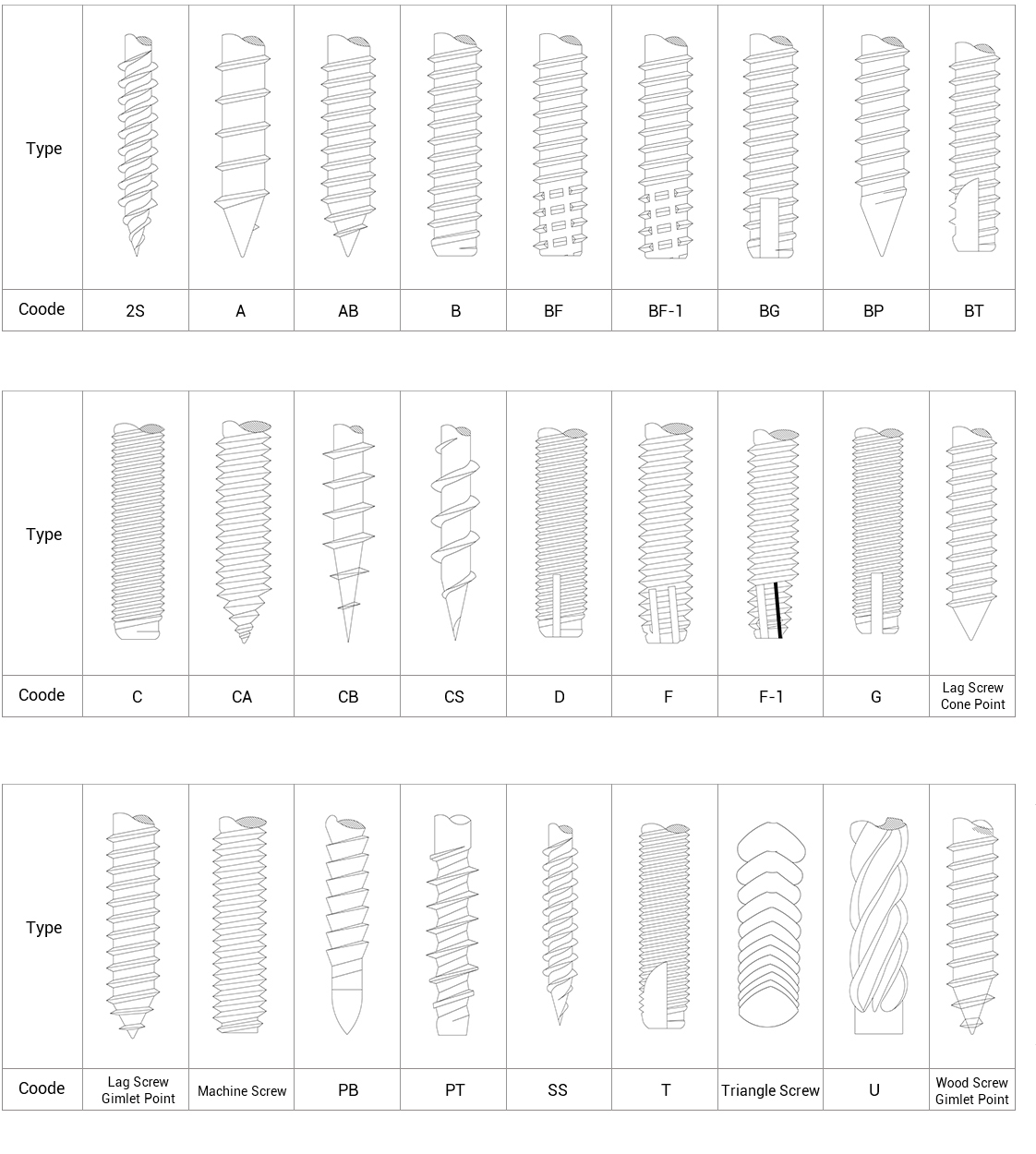 Non-standard screws, metric thread, external thread has three thread grades: 4h, 6h and 6g, internal thread has three thread grades: 5H, 6H, 7H. (Japanese standard thread accuracy grades are divided into three grades: I, II, and III. Normally, it is grade II.) In metric threads, the basic deviation of H and h is zero. The basic deviation of G is positive, and the basic deviation of e, f, and g is negative.
H is the commonly used tolerance zone position for internal threads. Generally, it is not used as a surface coating, or a very thin phosphate layer is used. The basic deviation of G position is used in special occasions, such as thicker coating, which is generally rarely used. g is often used to plate a thin coating of 6-9um. For example, the product drawing requires a 6h bolt, and the thread before plating adopts a tolerance zone of 6g.
The thread fit is best combined into H/g, H/h or G/h. For refined fastener threads such as bolts and nuts, the standard recommends the use of 6H/6g fit.